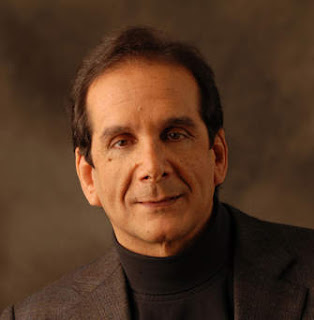 
"I want us to live in a world where we get along with each other, with all of our differences, and where we don't have to worry about seeing scenes every night for the next 40 years of ethnic cleansing in some part of the world."

President Clinton, March 23, 1999
[The day before the 78-day NATO bombing campaign against the Serbs began. AR]

So there you have it, finally, a concise summation of the Clinton foreign policy of the '90s: the Clinton Doctrine. From the President's "nation building" escalation in Somalia to the invasion of Haiti, to the diplomatic capital spent on the Irish and Middle East peace processes, to the occupation of Bosnia and now fatefully to the bombing of Serbia in defense of Kosovo, we have the core of how the Clinton Administration sees the world and what the U.S. should be doing in it.

The Clinton Doctrine is an expression, in policy and in bombs, of a post-cold war approach to the world perhaps best enunciated by Leslie Gelb, president of the Council on Foreign Relations. In 1994, Gelb wrote that America's "main strategic challenge" in the world was no longer dealing with Russia or China or Germany or trade or loose nukes. It was managing the "teacup wars" of the world, "wars of national debilitation, a steady run of uncivil civil wars sundering fragile but functioning nation-states."

Clinton's actions and Clinton's words are the very embodiment of this idea. To justify bombing Serbia over Kosovo, he reiterates in every possible variation the imperative for the U.S. to oppose "ethnic cleansing and the slaughter of innocent people."

The problem with this doctrine, for all the ringing moral satisfaction it gives, is that it is impossibly moralistic and universal. It cannot be the policy of the U.S. Even as the Clinton people say it, they cannot believe it. Why? Because they remember Krajina.

In August 1995, Croatia launched a savage attack on Krajina, a region of Croatia that Serbs had inhabited for 500 years. Within four days, the Croatians drove out 150,000 Serbs*, the largest ethnic cleansing of the entire Balkan wars. Investigators with the war-crimes tribunal in the Hague have concluded that this campaign was carried out with brutality, wanton murder and indiscriminate shelling of civilians. The tribunal is bringing war-crime indictments against high Croatian officials.

Krajina is Kosovo writ large. And yet, at the time, the U.S. did not stop or even protest the Croatian action. The Clinton Administration tacitly encouraged it. Croatia was being advised by a shadowy group of retired American officers who had been sent to Croatia to help it fight against the Serbs.

No denunciation. No sanctions. No bombing. No indignant speeches about ethnic cleansing and the slaughter of innocents. In fact, in justifying the current bombing of Serbia, Clinton made an indirect reference to this Croatian campaign when he credited the "courageous people in Bosnia and in Croatia" who "fought back" against the Serbs and "helped to end the war." Indeed, they did. Croatia's savage ethnic cleansing so demoralized the Serbs that they soon agreed to sign the Dayton peace accord of 1995.

Proving simply that highfalutin moral principles are impossible guides to foreign policy. At worst, they reflect hypocrisy; at best, extreme naivete. After all, if America stands against "ethnic cleansing and the slaughter of innocent people"--the essence of the Clinton Doctrine and the reason American, allied and Serb lives are now being risked over Kosovo--why the utter indifference and silence to the teacup civil wars, far more deadly, brutal and enduring, raging in Sierra Leone, Congo, Sudan, Sri Lanka?

The Clinton Doctrine aspires to morality and universality. But foreign policy must be calculating and particular. Clinton proclaims he is going into battle for the principle that ethnic cleansing and the slaughter of innocents can never be tolerated by a civilized world. Yet on his watch, half a million innocents were massacred in Rwanda in the only true genocide since the Holocaust, and he lifted not a finger to stop it.

The State Department's inspector general has just charged a high-ranking American diplomat with lying to Congress concerning what he knew about the murder of a prominent opponent of the regime we installed in Haiti. Death-squad killings by the former rulers were a principal justification for the U.S. invasion. Are we not opposed to death squads in general?

But as Haiti turns dictatorial and as the killing of regime opponents continues unsolved and uncurbed, the Clinton Administration remains unmoved. Indeed, it seems quite inclined to cover up the current horrors. Why? Because an American-installed regime is doing the dirty work. As Franklin Roosevelt said of another dictator in the Caribbean, "He may be a son of a bitch, but he's our son of a bitch."

The essence of foreign policy is deciding which son of a bitch to support and which to oppose--in 1941, Hitler or Stalin; in 1972, Brezhnev or Mao; in 1979, Somoza or Ortega. One has to choose. A blanket anti-son of a bitch policy, like a blanket anti-ethnic cleansing policy, is soothing, satisfying and empty. It is not a policy at all but righteous self-delusion.

*Aleksandra's note: The total estimates of Serbs driven out of Croatia during Croatia's "Operation Storm" in August of 1995 rose to over 250,000.

Posted by Aleksandra at Tuesday, August 06, 2019 No comments:

Remembering the Fall of Krajina - "Operation Storm" / "Oluja" when the Croatians committed the great War Crime of Ethnic Cleansing against the Serbs that has never been punished. / By Aleksandra Rebic / August 4, 2019. 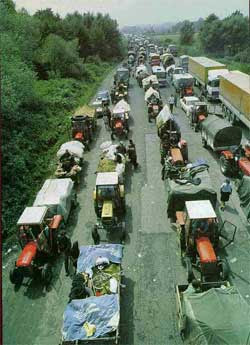 Serbian refugees leaving Krajina in August of 1995
during Croatia's "Operation Storm" / "Oluja".
Author of photo unknown at this time.

Remembering the Fall of Krajina - "Operation Storm" / "Oluja", when the Croatians committed the great War Crime of Ethnic Cleansing against the Serbs that has never been punished.

The "War Years" of the 1990's for those of us who cared about what was happening in the former Yugoslavia were years that remain permanently etched in our hearts and in our consciousness. Many events over the course of those years made a significant impact, but for some of us the "Fall of Krajina" remains perhaps the most heartbreaking.

Like every morning during those years, I woke up on August 4, 1995 to news about what was happening in "the homeland" - what to some was the former Yugoslavia, what to others was "the Balkans", and what to still others was the center of the universe at that time. After more than four years of maintaining a strong Serbian stronghold in a historically significant area of Croatia, the "military frontier" where Serbs had been the majority for several centuries, and which the Croatian nazis had coveted more than anything else in their quest for "independence" from Yugoslavia, on that fateful day in August of 1995 the Croatians, with the support of the United States, finally succeeded in overwhelming the Serb patriots and the civilians. "Operation Storm" for the Croatians was an event that they would honor and celebrate enthusiastically every year thereafter. "Operation Storm" for anyone with any understanding or appreciation of the true nature of "war crimes" remains a horrific War Crime that has, to this day, gone unpunished.

There has been no real justice for the more than quarter of a million Serbs that were ethnically cleansed from the Krajina during that first week of August in 1995. Those brave Serbian people had refused to comply with Croatia's secession from Yugoslavia in 1991, knowing that it would be a death sentence for them if they did separate from Yugoslavia. They held on to the "Serb Republic of Krajina" for four years, a beacon of glorious, noble resistance, especially to those of us in the diaspora whose parents and grandparents, like my own, had been born and raised in Croatia and who were among the most dedicated Serbian Orthodox patriots anywhere to be found on this earth.

I remember that August day 24 years ago so vividly - not so much the day itself, but how it made me feel. I was in an apartment in Chicago, thousands of miles away, but the news hit me in the gut as though I was watching events unfold outside my window instead of on the television screen. So many of us took the devastating news very personally. For us, the "Serb Republic of Krajina" was the "homeland", regardless of where we had been born.

For the 10th anniversary of "Operation Storm" in 2005, historian Nebojsa Malic wrote an excellent essay describing the significance of "Krajina" and the nature of the war crime that befell this historic location in the Balkans. I highly recommend reading it:


To all those whose lives were lost, to all those who survived but lost their ancestral homes, to all those who became true refugees who did not have the benefit of the world's compassion and political activists fighting on their behalf, please know that you have not been forgotten, and that Krajina will remain Serbian forever in our hearts.