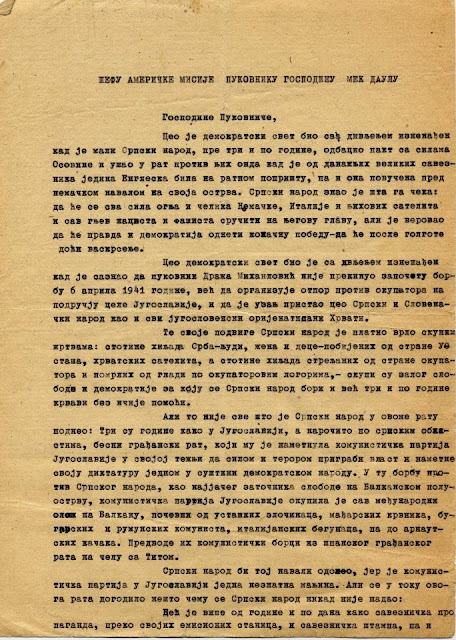 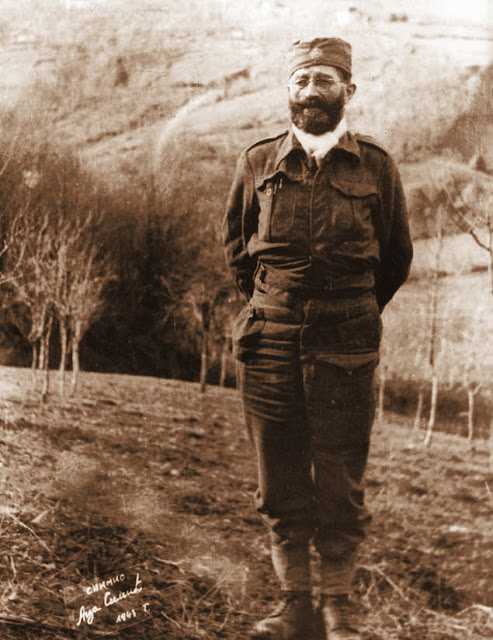 Posted by Aleksandra at Saturday, April 27, 2013 No comments:

Happy Birthday, GENERAL DRAZA MIHAILOVICH - HERO OF THE PEOPLE FOR ALL TIME! April 27, 2013 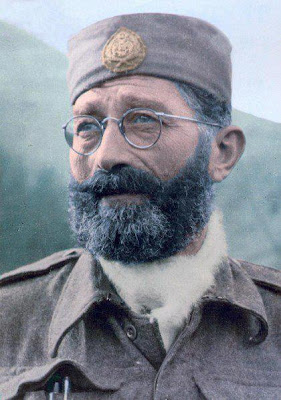 General Mihailovich
April 27, 1893 - July 17, 1946
I've known your name since childhood.
I've known your face since just as long,
And though I've never spoken with you,
And you were gone long before I was born,
I feel like I've known you for a lifetime.
I know enough about you, dear General of the Ages,
To know that you are someone worth knowing about.
Perhaps because you were a principled man,
You were doomed from the start.
Though this makes your story a tragedy,
Your story is just as much about Glory.
You had your allies and you had your enemies,
Though you would learn that the line between them
Is sometimes blurred.
Though your allies let you down
And allowed your enemies to prevail,
You remained steadfast to your principles
And did the right thing, no matter what,
Even after you were abandoned and betrayed,
And no amount of right thing that you did
Would win you back the favor
Of those who would forevermore be in your debt.
The more I learned about you, Cica Draza,
The more you became an embodiment of Honor
In a life filled with dedication to your country
And your homeland's people,
People whom were beloved to you
And you to them.
It is in seeing you among your people
That one sees your true essence.
It it easy to see why they loved you,
And why those of us who came after them
Share that sentiment.
You were a perfect blend of warm humanity
And disciplined nobility.
You remained a true man of the people
Until the day you died.
We who appreciate that will never abandon you,
Will never betray you,
And will remain forever dedicated to
Keeping your Memory alive.
Your legacy is a living thing, dear General of the Ages.
It continues to manifest itself in small and big ways,
And now,
As they search for your remains,
Your contributions once again come to the forefront,
Reminding us why it is imperative that we find you
And lay you to rest in the manner in which you deserve.
Your name will never die, nor your legend.
You are not a myth, you were a man.
We will continue to carry on,
Because you continued to carry on,
And did the right thing, no matter what.
The people whose lives you saved never forgot you,
And though many have passed,
They did not leave us without sharing their stories
So that we may rectify the wrongs of the past,
That which they tried so hard to do,
Even though they were met with obstacles
Around every corner,
And at every turn,
Just because of mere politics.
You transcended mere politics, General Mihailovich,
And that is what made you greater than those
Who carried your fate in their hands.
You, dear General of the Ages, you, refused to surrender
In the spring of 1941.
You refused to bow to the Nazi war machine
That put Yugoslavia in its crosshairs
And marched into your homeland with the iron boot
Of an enemy occupier.
By refusing to surrender and instead
Going into the hills of Ravna Gora
And raising the flag of resistance,
You foiled even the the Fuhrer himself.
By forcing Hitler to delay his plans
For his coveted Operation Barbarossa
For a pivotal five weeks,
It's quite possible that you singlehandedly
Turned the tide of the war.
And for that alone,
The free world owes you.
You, dear General of the Ages,
Saved hundreds of American lives
Even after America followed Britain's lead,
And left you to the wolves.
You were not bitter. You did not retaliate.
You did not leave the Americans and other Allies
To the wolves.
Not a single one who fell onto your territory in WWII
Perished or was captured,
Though Nazi occupied territory it was,
Just because you did the right thing,
No matter what.
This quality, perhaps, is that which I admire most
About you.
You remained a principled man
Until the day you were killed,
But you did not die on that day,
Nor will you ever.
We who remain dedicated to your memory
And your legacy,
Will make sure of that.
General Mihailovich, thank you
For being a Serbian hero
To which we can always look to for guidance
And inspiration.
Thank you for remaining loyal to your homeland
And to your people
Throughout the duration of your life,
Though you were given the option
To leave both behind,
To save yourself.
And thank you, most of all,
For being a man who embodied
The qualities of character
We should all aspire to,
Regardless of the circumstances.
Behind those warm eyes was the soul of a man
Who truly did have a soul
In all the badness that is war.
We have not forgotten you, Cica Draza.
History, regardless of how long suppressed,
Does not forget, either.
And if they never find you, dear General of the Ages,
Know that you already have a permanent resting place
In our hearts,
And that your spirit remains
Not only in your beloved homeland,
But everywhere that such a spirit prevails.
There is no end, there is no death,
To such a spirit as was yours.
Aleksandra Rebic
*****
If you would like to get in touch with me, Aleksandra,
please feel free to contact me at ravnagora@hotmail.com
*****
Posted by Aleksandra at Saturday, April 27, 2013 No comments: 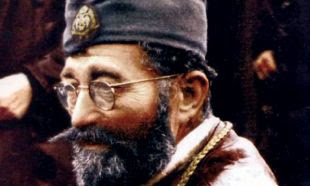 Posted by Aleksandra at Thursday, April 25, 2013 No comments: 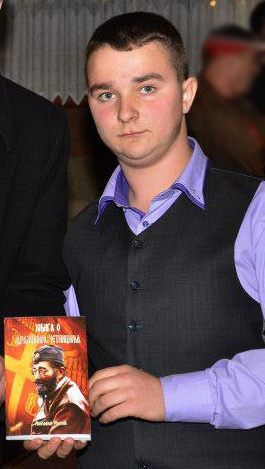 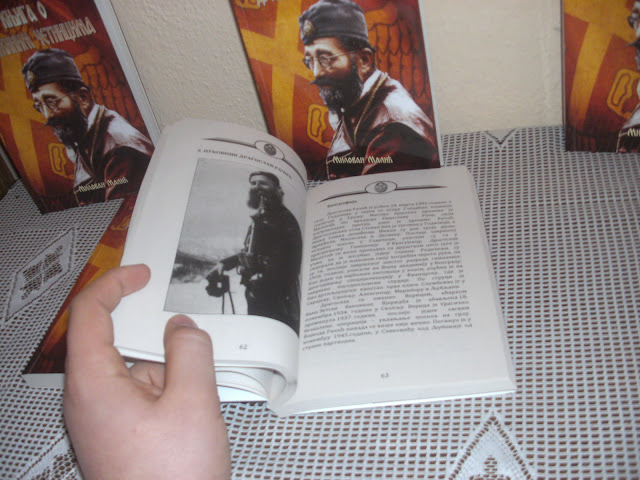 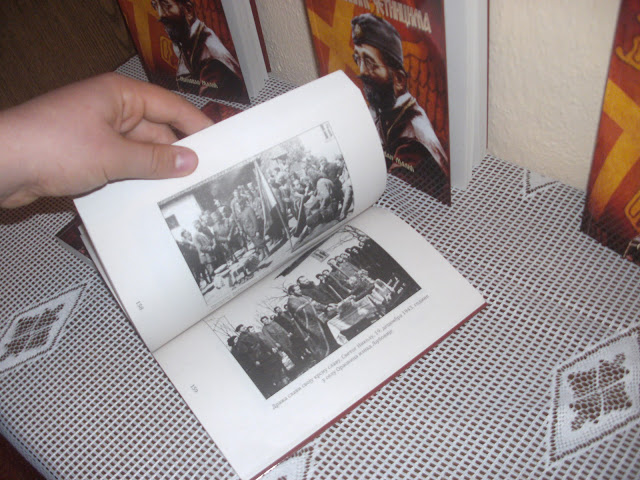 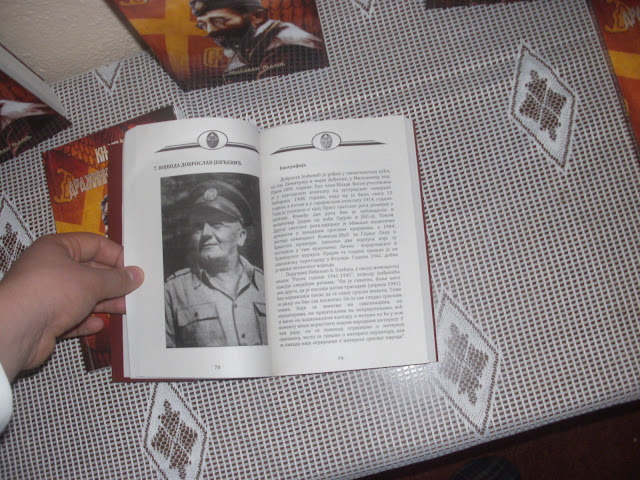 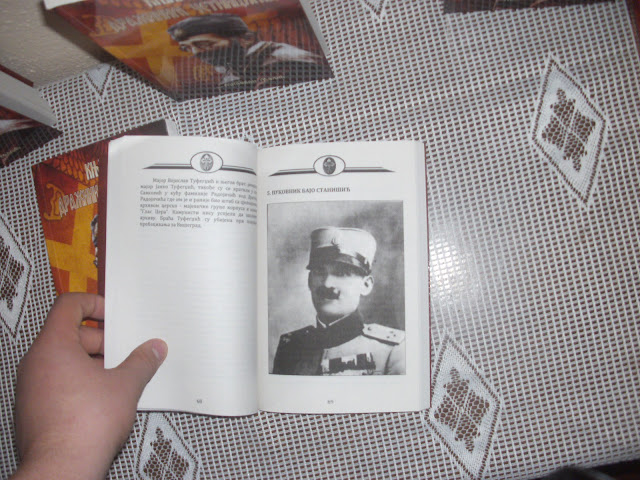 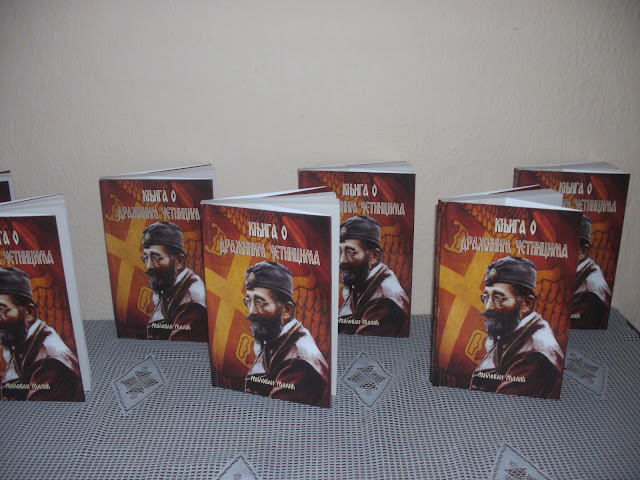 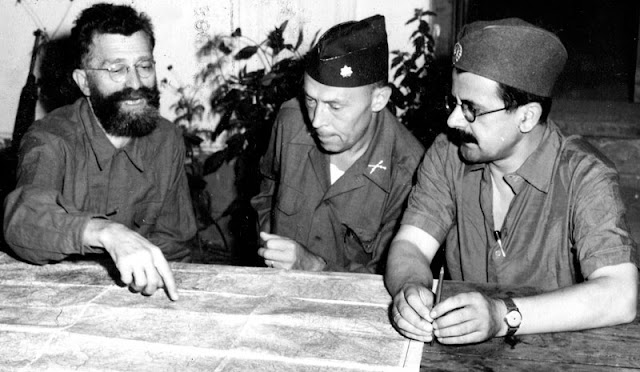 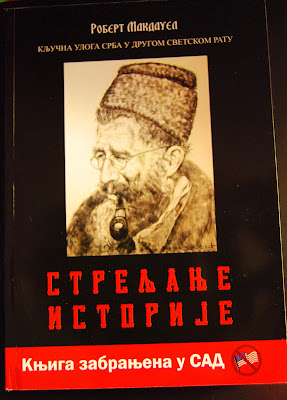 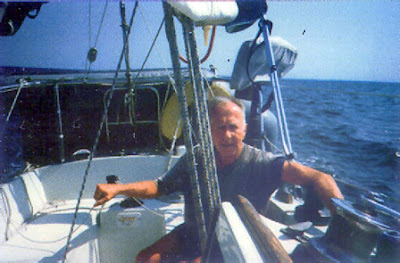