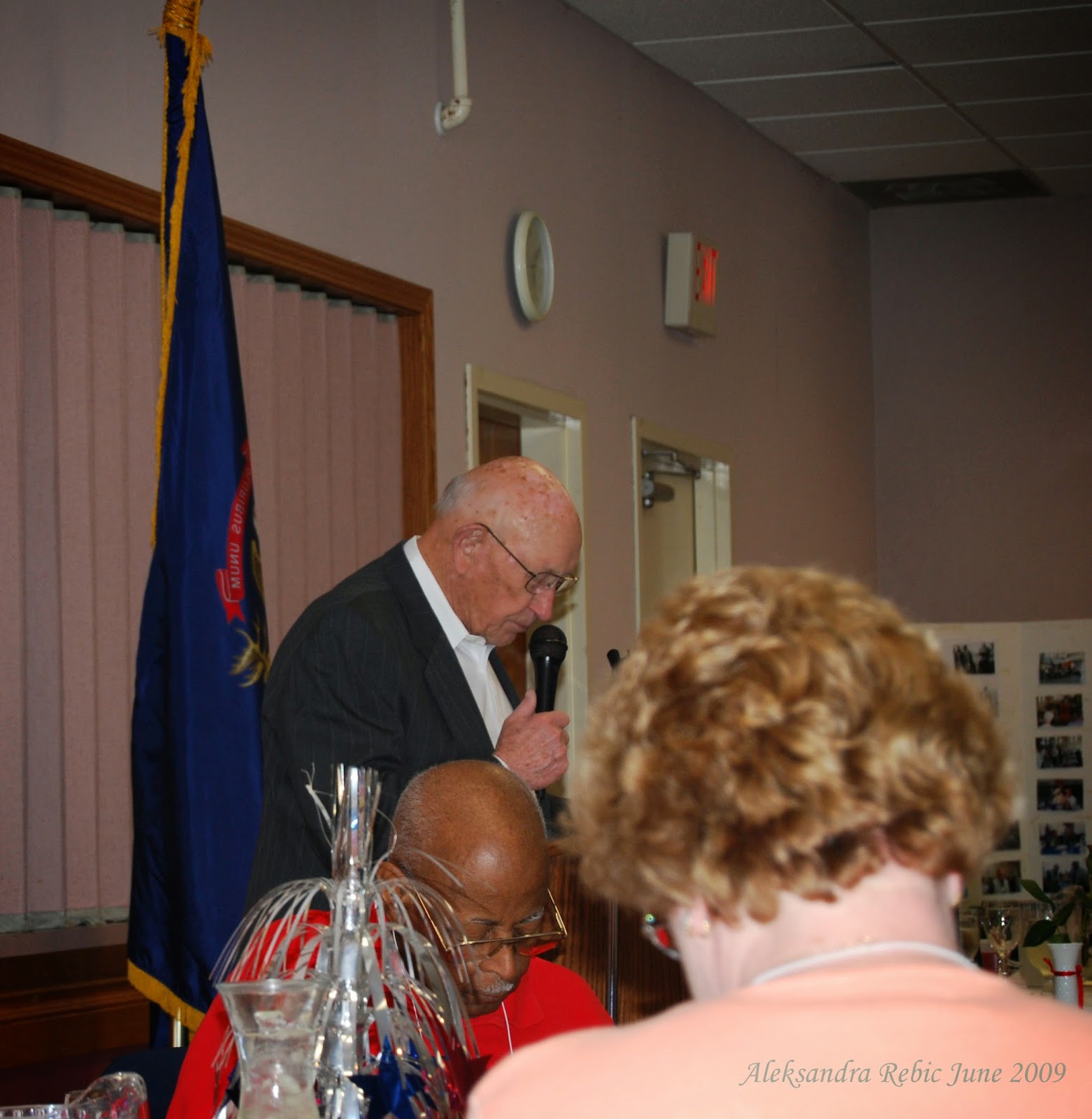 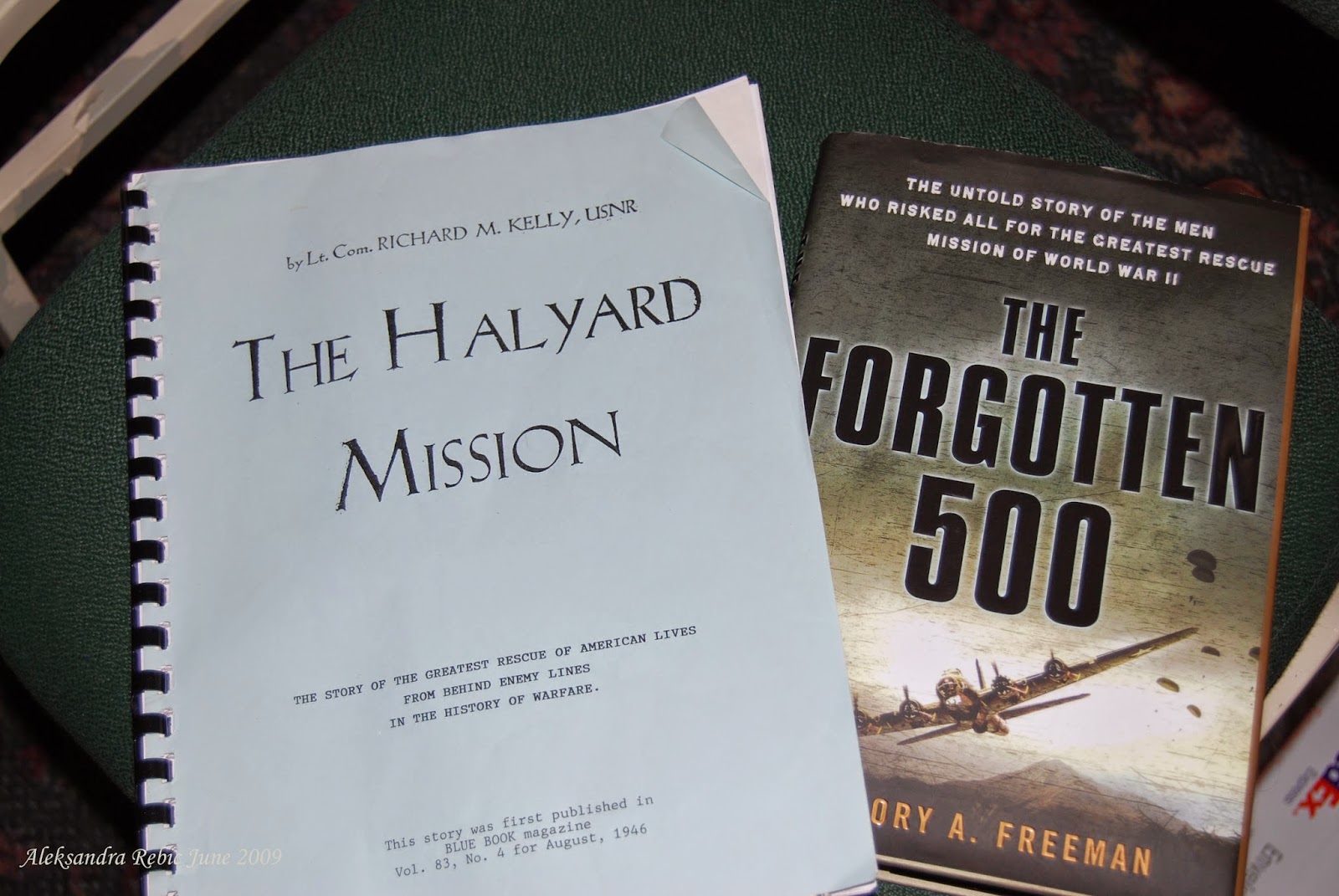 The passing of people should never really surprise us, for death catches up to everyone. Some of us later than others. Some of us too early. Regardless of what we may feel about it, death follows God’s timeline, not ours.

But still, even though we all know that death is inevitable, when someone who has been with us for a long, long time and whom after a while we almost take for granted, dies, it still hurts.

We have lost another of the brave American airmen who flew dangerous missions to confront the Nazi war machine during World War II. This time it’s Clare Musgrove of Michigan, who was one of the “Forgotten 500” that was saved by the Mihailovich Serbs after being shot down by the Germans over enemy occupied Serbia in 1944. Clare Musgrove, 94 years old, died this last Sunday, April 6, 2014, ironically on the anniversary date of the German attack on the former Yugoslavia in 1941 that would change the Balkans forever. The ramifications of that brutal Nazi attack on the Serbs in April 1941 continue today, 73 years later.

I had the privilege and pleasure of meeting Clare Musgrove personally, first in Chicago for the 50th Anniversary Commemoration of the Halyard Mission, and then again in Michigan for the Lest We Forget Halyard Mission Reunion in June of 2009. Fortunately he has left his testimony behind for all of us in Gregory Freeman’s book “The Forgotten 500”.

Although even the Greatest Generation has had to face mortality, those of us who knew Clare Musgrove will always remember him as very much alive.

Rest in peace, Clare Musgrove. And thank you for appreciating all that General Draza Mihailovich and his Serbs did for you and your comrades in arms in those difficult days and nights of 1944 in a land far, far away, that remained close to your heart for all of your productive years ever afterward. I’m so glad you were able to return to Serbia in 2004 and 2005, first for the dedication of the Halyard Mission plaque in Pranjani and then for the presentation of the Mihailovich Legion of Merit Medal to the General’s daughter in Belgrade.

Most of all, I’m glad you were saved.
Sincerely,
Aleksandra Rebic
April 9, 2014 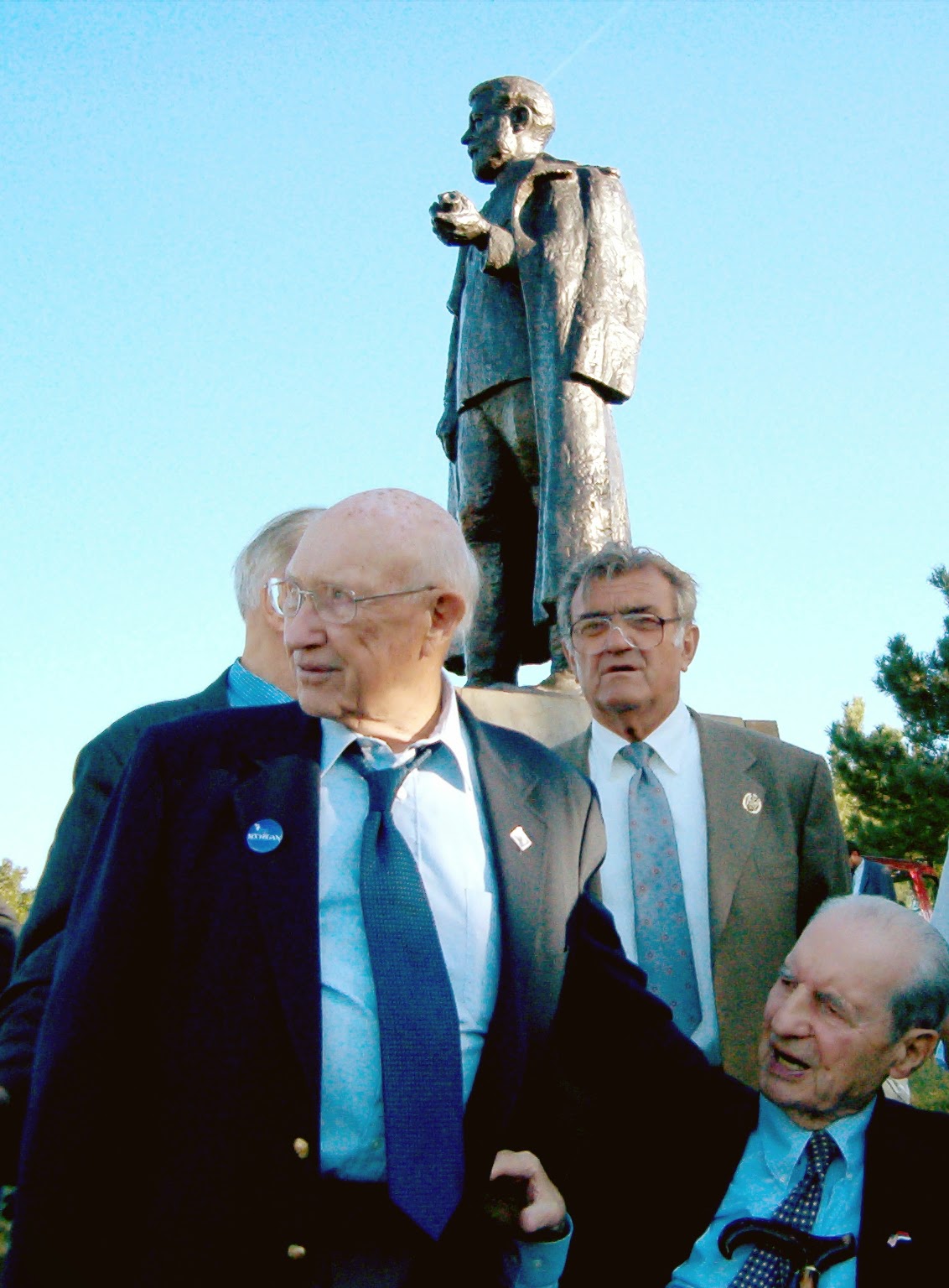 Clare Musgrove, standing left, returns to Serbia in September of 2004
and pays tribute to General Draza Mihailovich on Ravna Gora
along with others such as George Vujnovich, officer of the O.S.S., front right.
Photo courtesy of Arthur "Jibby" Jibilian.
From left to right: Vera Dragisich, Clare Musgrove, JoAnne Musulin de la Riva, and Aleksandra Rebic at the "Lest we Forget Forgotten 500"
Halyard Mission Reunion in Michigan, June 2009.
Photo: Rebic collection.
*****
TRIBUTE TO HER FATHER, CLARE MUSGROVE,
BY DAUGHTER
Jeanne Armstrong
April 2014
Clare M. Musgrove, 94, of Plymouth, Minnesota (formerly of St. Joseph, Michigan) died Sunday, April 6, 2014 at The Waters of Plymouth.
A Celebration of Life Service will be held at 1 PM Monday, April 14, at First United Methodist Church, St. Joseph with Pastor Harris Hoekwater officiating. Burial will follow in Riverview Cemetery in St. Joseph. Visitation will be held from 2 to 4 pm on Sunday, April 13 at Starks & Menchinger Family Funeral Home, 2650 Niles Road, St. Joseph. Memorials may be made to First United Methodist Church or Berrien County 4-H Foundation.
Clare was born July 8, 1919, to Fred and Edith (Kraft) Musgrove in Hersey, Michigan. Clare was a 1937 graduate of Hersey High School and earned his teaching certificate at Osceola County Normal. He taught in rural schools until 1942 when he enlisted in the US Army Air Force. He served with the 15th Air Force, 465th Bombardment Group, 782nd Bombardment Squadron. Clare’s bomber was shot down over Yugoslavia (now Serbia) while on a bombing mission. An account of his experience as a downed airman behind enemy lines was included in the book, The Forgotten 500 by Gregory Freeman. Clare returned to Serbia twice with US service members to honor the people who risked their lives to save Allied forces. It was his great joy to be able to share a trip with each grandson. The Serbian people will always be close to the hearts of Clare’s family. Clare was proud to be associated with SW Michigan "Lest We Forget".
Clare married Florence Ulrich on September 5, 1946. They enjoyed 61 years of marriage.  He attended Michigan State University for his Bachelor of Science and Masters Degrees. He began his career with the Michigan State University Cooperative Extension Service as a 4-H agent in St. Clair County and served as County Agricultural Agent in Newaygo County, MSU Farm Management (TelFarm) District Coordinator in Southwest Michigan and Berrien County Extension Director. In 1972, Clare was awarded a Distinguished Faculty Award from Michigan State University. Clare was an avid Spartans fan and wore green and white with pride as recently as the 2014 Elite Eight MSU-UConn game. Go Green!
Clare was a faithful member of the St. Joseph First United Methodist Church. His church family supported Clare with visits, letters, cards and prayers during his 3 1/2 years in Minnesota.  Clare was a member of the St. Joseph Kiwanis and was the ‘corn guy’ for many years.
Clare is survived by his daughter and son-in-law, Jeanne and Bill Armstrong of Plymouth MN, his son David of Kehei, Hawaii, his grandsons, Adam (Grace Bell) Herman of Montreal QC Canada and Corbin Herman (Amanda Hammond) of East Lansing Michigan and his great-grandson, Otis Herman of Montreal QC Canada. Clare is also survived by sister Donna Cooper, sister-in-law Louise Ulrich and his loving Cooper nieces and nephews. He was preceded in death by his wife Florence, his parents, and his sister Norma Basinger and brother Robert Musgrove.
Clare’s family would like to thank his many friends and the staff at Copperfield Hill and The Waters of Plymouth for their kind and loving care.
Clare lived his life in service to others as demonstrated through his lifelong career of teaching and stewardship to his family, church and agricultural communities. “Your deeds are your monuments.”
Jeanne Armstrong
*****
If you would like to get in touch with me, Aleksandra, please feel free to contact me at ravnagora@hotmail.com
*****
Posted by Aleksandra at Wednesday, April 09, 2014