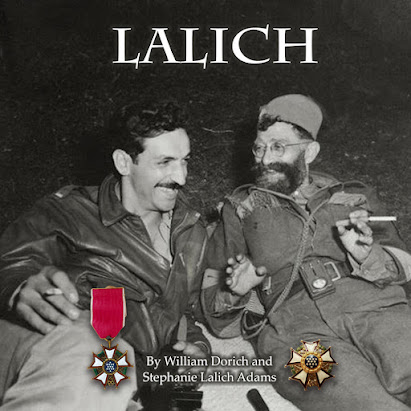 Aleksandra's Note: Many of us  fondly remember Captain Nikola Lalich, a main protagonist of the legendary Halyard Mission Rescue Operation of WWII, 20 years after his passing. He was one of those rare individuals who is impossible to forget and who remains missed no matter how many years pass. Although he did important and significant things in his lifetime, he remained modest and accessible - a good friend to many who admired him and a member of the American Serb community who left behind a legacy  of saving and changing many lives for the better.

Fortunately, his daughter, Stephanie Lalich Adams, recognized that her beloved father was more than just her "Dad". He made history over the course of his lifetime, and in her journey of discovery as to who her father was, she has found herself loving and admiring him even more. In collaboration with veteran publisher William Dorich, she has authored a biography, a loving tribute really, to her late father Captain Lalich that many of us have eagerly awaited.

Soon to be published, and available for pre-order now, LALICH is one of those books that should be part of every library that values and highlights the contributions that American Serbs and American veterans have made to the heroic legacy that made this country great. 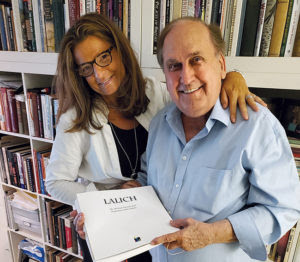 "The book is 10” x 10” inches, apx. 200 pages and dozens of never-seen photographs from the Nick Lalich personal archives.

The first published biography of Nick Lalich, an American hero of Serbian heritage who was a member of the O.S.S. and participated in the rescue of over 500 downed American pilots from August to December 1944—pilots who were downed over Nazi-occupied Yugoslavia on their return from bombing the Ploiesti Oil Fields in Romania on which Hitler’s forces were dependent. This was the single largest rescue of American troops from behind enemy lines in American history. Lalich received The Legion of Merit Award. Our State Department, Pentagon, and the OSS kept the award secret for 20 years. Government authorities claimed “They did not want to offend Tito’s new Communist regime.”—in 2001, Nick Lalich, a Legion of Merit recipient was denied a burial plot at Arlington.

Gen. Mihailovich was tried as a “Nazi Collaborator” in a Show Trial and executed by Tito’s Communist Firing Squad. The Philosopher John Stuart Mill (1867) said: “The only thing necessary for the triumph of evil is for good men to do nothing.” Nick Lalich was a good man—this 28-year-old did something, he distinguished himself as an American hero.

The book is 10” x 10” with over 200 pages and dozens of never-seen photographs from the Nick Lalich archives.

Books ordered before the publication date will deliver by November 15th.

A portion of the profit from the sale of this book will go to: HRH Princess Katherine Karadjordjevic’s Lifeline New York charity to benefit physically and mentally disabled children, orphans, and the elderly in Serbia.

Posted by Aleksandra at Saturday, October 09, 2021 No comments: