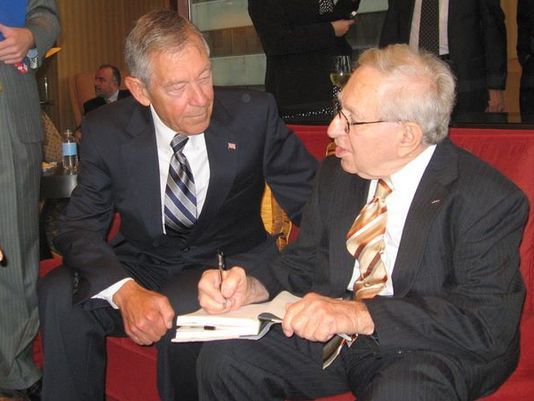 WASHINGTON - A Fremont man was posthumously honored, along with other World War II heroes, with the highest award bestowed on civilians for their bravery in rescuing 500 airmen from Nazi-controlled Yugoslavia.

Art "Jibby" Jibilian, a World War II veteran who lived in Fremont from 1978 until he died eight years ago, was among the names honored Wednesday with the Congressional Gold Medal, the highest civilian medal given by the United States.

U.S. Reps. Bob Latta and Marcy Kaptur spoke at the ceremony held in Emancipation Hall at the U.S. Capitol.

Jibilian's daughter, Debi Jibilian, said she is so proud to see this recognition for her father, who for years did not tell the family of his heroism.

"He never said anything about it," Debi said. "He went all those years not talking about it to help protect it and keep it secret."

The events that took place in Yugoslavia in during the Operation Halyard mission in 1944 spawned a book and was even discussed as the subject for a major motion picture movie.

In August 1944, the first wave of airmen were rescued by Allies, with subsequent rescue missions taking place in the following months.

Debi said she is happy the story finally got out because she knew her father was a hero.

She also credited General Draza Mihailovich, a Serbian guerrilla who was fighting the Nazis, for playing a major role in the rescue.

"We all owe a debt of gratitude to the Serbs," Debi said. "Without Mihailovich, this wouldn't have happened."

Debi said the award to the heroes is vindication for the role Mihailovich played in helping Americans make it home from the war.

Jibilian, a radioman, was a key character in the 2008 book "The Forgotten 500," written by Gregory A. Freeman, who researched declassified documents of the rescue to shed light on the challenges the heroes faced.

Freeman said the mission was one of the greatest ever, with Allied forces having rescued all 500 airmen who had been trapped behind enemy lines.

"The mission was a complete success — the kind that should have been trumpeted in news reels and on the front page," Freeman said on his website.

Freeman writes about the Office of Strategic Services, or OSS, the precursor to the CIA, discovering the airmen being down behind enemy lines, all trapped at various times, and began planning a rescue mission. 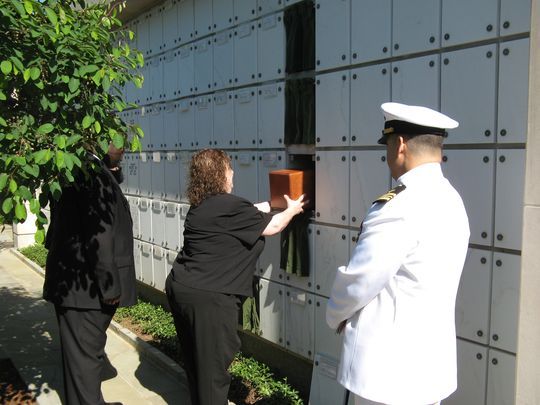 The rescue was made possible because of the local Serbs who helped keep the airmen safe and out of German hands, feeding them with goats' milk and bread, Freeman notes.

Americans, like Jibilian, who was 20 when he was drafted into the Navy in 1943, were sent in C-47 cargo plans to land behind enemy lines in Yugoslavia and rescue the airmen.

"Even more significant is there was no loss of plane or life from the mission," Debi said. "The credit for no loss goes to the Tuskegee Airmen, who were on a secret mission and didn't even know what they were doing. These 'Red Tails' engaged the Germans about 20 miles away while the cargo plane whisked the airmen away. What a tremendous feat."

A single gold medal has been struck to collectively honor the members of the OSS.

Debi said the official Congressional Gold Medal will be housed at the Smithsonian, but that a replica medal would be given to families of those involved.