Though scarcely noted in the United States, Sept. 15 [2019] marked the 75th anniversary of the rescue of more than 500 U.S. and Allied airmen from behind German-occupied lines in Pranjani, Serbia, orchestrated by Yugoslav Army Gen. Draza Mihailovich and his Serbian Chetniks, as well as loyal villagers. 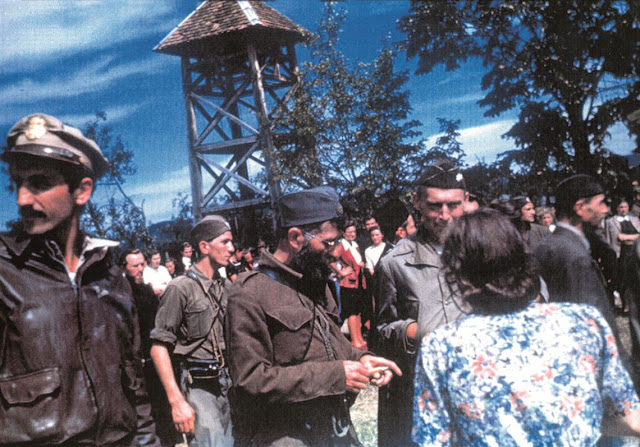 Afterward, we proceeded to the Church of the Holy Ascension in Pranjani for a memorial service served by Father Vojislav Rasilovic, who is an avid Steelers fan. And then it was on to the Ivo Andric School. Ms. Gaydos and I presented our gift to the Halyard Mission Foundation. And, during a lovely reception, we were afforded the opportunity to meet the great-grandson of Gen. Mihailovich.
At that reception, however, came the most poignant moment of the trip: The children and grandchildren of the Serbian rescuers, whose parents and grandparents had been viciously persecuted by Tito’s regime, received awards on their families’ behalf to commemorate their involvement in the rescue. It was with the greatest pleasure that I heard these “traitors” now deservedly described as heroes.
My dream of honoring the Halyard mission and celebrating those who had made it happen had come true. Efforts to educate the public about this critical event have a ways to go here in the United States, but it will be essential to remember and commemorate the sacrifice and heroism of those involved, who risked their lives to save so many.

Milana “Mim” Bizic is a writer and educator living in Moon. She was named Person of the Year by the Serb National Federation in 2008.