The Remains of Mihailovich 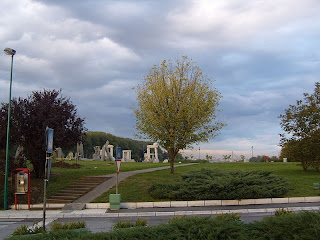 Ada Ciganlija, Belgrade / Photo by Milica Prodanovic Sept. 2007
It won't be long now. In March of 2010 a group of Serbs announced that this spring they’re going to start digging on Ada Ciganlija for the Mihailovich remains. Ada Ciganlija, a sort of “river island peninsula” between the Sava River and Belgrade, used to be the notorious place where executions of “undesirable elements” were carried out. Now, “Ada” is one of the most popular recreational spots in Serbia, where hundreds of thousands of locals and visitors go to enjoy nature, beaches, and sports activities. You’d never know it was once a killing field. It’s here, on the grounds of this fun place, that the remains of General Draza Mihailovich, the slain Supreme Commander of the Yugoslav Army of the Homeland in World War II, are thought to be hidden. That’s where the digging will begin now that the spring has come. If they don't find what they're looking for there, they'll move on to somewhere else. 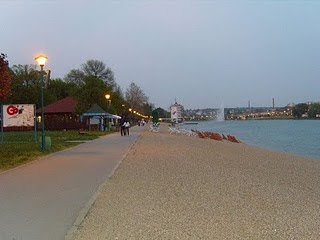 Where are the Mihailovich remains going to be stored so that they remain safe until the time comes for the burial?

Where is the memorial service going to be held? What will it consist of?


Where is General Mihailovich going to be buried?


Who is going to conduct the funeral?


Who will be allowed to attend the funeral?


Is the funeral or memorial service going to be public or private?


Who's going to be ‘invited’ to attend the service?


What is the Mihailovich gravesite going to consist of? What kind of headstone and what will it say?


Those are the immediate questions that come to mind as I consider the prospect of the Mihailovich remains being found so that he can be laid to rest in the manner in which he deserves. Since it will be the Serbs who will be making those decisions, and anyone who knows the Serbians understands that being able and willing to come to a consensus is not one of their primary character traits, things could get very lively indeed. Perhaps poor General Mihailovich will end up wishing they'd just left good enough alone and had let him be, wherever that’s been all these years.

I wonder if the powers that be in Serbia have even begun to consider these questions and all the collateral and unintended issues that will inevitably arise. I sure hope so.

I won't have any say in any of it, I know, but here's my very short list of "MUSTS":


The President of Serbia must be at that funeral service - Serbia owes.


The President of the United States of America must be at that funeral service - America owes.


And General Mihailovich, if you can hear me, there are many, many of us in whose hearts you will live forever, regardless of whether they ever find you and wherever you're finally properly laid to rest. For the last 64 years your spirit has been everywhere, and that's exactly where it will remain. I hope that if you are found, they treat you right this time around.


If you would like to get in touch with me, Aleksandra, please feel free to contact me at ravnagora@hotmail.com