In regards to the article "Croatian Serbs"... A Response by Dusan Ivancevic 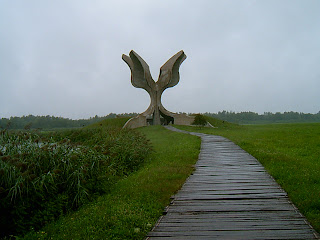 Aleksandra's Note: A very controversial essay has been published in the most recent issue of "Britic: A British Serb Magazine" (#12, 2011) regarding Serbs from Croatia. The original article written and posted by Alan Jaksic on August 9, 2011 comes from the Blog "Balkan Anarchist" and is titled "I'm a Croatian Serb". "Britic" first carried the story as it was originally posted on "Balkan Anarchist", however the title of the essay and the first paragraph have since been amended (changed) to read differently in "Britic". The original title and first paragraph on the "Balkan Anarchist" blog remain as originally written and posted.

The original title and first paragraph reads as follows:

"I am an ethnic Serb born in Croatia, and having ancestry from that country as well makes me a 'Croatian Serb'. I come from Lika, a mountainous region on the Adriatic sea, but you can also find Croatian Serbs in other parts of Croatia like Northern Dalmatia, Kordun, Banija and Slavonija, and there is a large population of Croatian Serbs in the country's capital Zagreb..."

The rest of the essay by Alan Jaksic, along with photographs, can be found at:

The title and first paragraph of the same essay in "Britic", posted on August 16, 2011, now reads:

"BEING A SERB FROM MODERN-DAY CROATIA"

"I am an ethnic Serb born in Croatia, and I also have ancestry from that country. I come from Lika, a mountainous region on the Adriatic sea, but you can also find Serbs in other parts of modern-day Croatia like Northern Dalmatia, Kordun, Banija and Slavonija, and there is a large population of Serbs in the country’s capital Zagreb..."

This essay in "Britic", which is an amended version of the original, can be found at:


What I am posting here is the important, insightful and necessary response of Mr. Dusan Ivancevic, a member of the Facebook group "Ja Sam iz Cetnicke Familije / I'm from a Chetnik Family", to this article.

My sincere thanks to Mr. Ivancevic for taking the time to respond. He speaks for many of us. 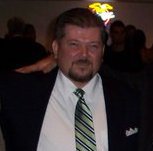 Dusan Ivancevic
In regards to the article "Croatian Serbs"
“The identity of these Serbs has been forged by history and to a great extent by the politics of various rulers from different eras.”
Is the author trying to say that the Krajina Serbs became just that because of history and politics? That they weren’t Serbs at some point in time?
“Fundamentally, it is based on Orthodox Christian faith and culturally represented by numerous customs and traditions, many of them originating from Orthodoxy, while others vary upon region.”
Can we assume that the author is saying that, Krajina Serbs are not really Serbs but they are of people who are primarily Orthodox? Notice how the name SERB was left out of the phrase Orthodox Christians.
“My people are primarily descendants of Orthodox pastoral warriors (referred to by various names, including ‘Vlachs’, ‘Rascians’ and even ‘Illyrians’)”
This statement confirms my questions regarding the author’s intent.
“brought over and settled into the designated Vojna Krajina by the Catholic Habsburg Monarchy in order to repel further attacks and invasions by the MuslimOttoman Turks into central Europe. Our earliest recorded sightings in modern-day Croatia can be traced to the Middle ages, while our presence continued to grow since then thanks to multiple waves of Orthodox Slavs arriving from the Islamic Ottoman Empire in the 16th and 17th centuries.”
According to many ancient historians, Serbs were settled in Southern Lika and Northern Dalmatia long before the Croats came to those regions. The author is clearly saying that this was Croatian land that a Catholic Empire gave to the Serbs.
“It was brought to Yugoslavia in 1941 with Nazi Germany’s invasion of the country, bringing with it fascist régimes like that of Ante Pavelić and his Ustaše, who committed a horrendous genocide upon Serbs and other non-Croats within their puppet-state known as the ‘Independent State of Croatia’.”
The Germans did not bring the Ustaše. The Ustaše were already existent in the Kingdom of Yugoslavia and were supported by the Communist Party of Yugoslavia.
“Like the Nazis throughout Europe, the Ustaše also ran concentration camps within their puppet state, the most notorious one being the Jasenovac concentration camp, in which the death toll has been variously estimated between tens of thousands and hundreds of thousands.”
This statement glosses over the number of Ustaša victims which I would consider an open door for revisionists.
“This apocalyptic war also divided Serbs into two rival camps: the communist, multi-ethnic Partisan movement, under the leadership of Marshall Tito, and the anti-communist, Serb-dominated Chetnik movement, formed out of the remnants of the Yugoslav Royal Army.”
This is also incorrect. The Yugoslavian Army in the Homeland was far more multi-ethnic than the Partizan paramilitary which consisted of about 95% Serbs, while the remainder being the head of the CPY were Croatian. These percentages of Serbs vs. Croat in the Partizan paramilitary did not change until 1943, when Italy capitulated, and hordes of Ustaše, both Croatian and “Bosnian” massively began switching over to the Partizan side.
“Both of these camps fought against the Ustaše, but also against each other, often pitting brother against brother, and even father against son. The war ended with the Partizans’ complete victory over German and Italian occupiers and over all rival forces in the country.”
Not true. Very few battles were fought between Partizans and Ustaše and practically none with the Germans . The battles were almost entirely Partizans and Ustaše or Partizans and Nazis against Mihailovich’s forces. Furthermore, the Partizans did not achieve complete victory over German occupiers. The Red Army did. Italy capitulated in 1943 to the Allies, not the Partizan paramilitary.
“I understand why Serbs and Croats talk, write and think in the conflicting ways they do. All this affects me very deeply as I am also a Serb from Croatia — or a ‘Croatian Serb’ — even though I don’t live there for most of the year.”
I’ve yet to hear a combatant from Lika or Dalmatia from that war consider themselves Croatian Serbs.
"The intention on the part of the ethnic Serb ‘rebels’ (as they were labelled by the Croatian media at the time, and still are today) was to either stay within the Yugoslav federation, or along with Serbia form a ‘Greater Serbia’, for which they received political and military support from Slobodan Milošević’s régime in Belgrade. A year earlier, ethnic Serbs showed their opposition to Croatia’s aspiration to seceed in protests that have been branded the ‘Log revolution’, for their use of timber to blockade roads connecting Serb-populated areas to the rest of Croatia. In relation to the outside world, the Republic of Croatia received international recognition, whereas Republika Srpska Krajina received none. Nevertheless, full-scale war erupted in August ’91, which brought about the displacement of over 100,000 Croats and other non-Serbs from their homes. This displacement, accompanied by destruction of property, violence and even murders of civilians, is considered an act of ‘ethnic cleansing’, as its aim was to remove ethnic Croats from the region. However, the Krajina-Serb authorities justified this act, claiming it was necessary for the “protection” and “security” of the ethnic Serb population in that same region."
In this entire paragraph there is not one mention of Croatian pogroms against Serbian civilians prior to the outbreak of war.
Dusan Ivancevic
August 21, 2011