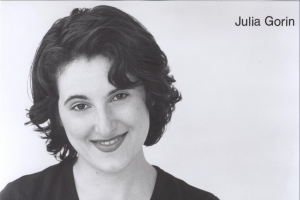 By Julia Gorin
March 28, 2011
www.politicalmavens.com
Last Monday [March 21, 2011] marked the one-year anniversary of the death of Arthur “Jibby” Jibilian, the WWII O.S.S. radioman who risked his life in Operation Halyard to help rescue more than 500 U.S. pilots who were shot down over Yugoslavia. This was done with brave assistance from the Tuskegee Airmen. The operation was part of the largest WWII rescue from behind enemy lines, and since it couldn’t have happened without the Serbs, the story has been suppressed and remains largely unknown to Americans.


Few people can boast Jibby’s patriotic credentials, yet when our fighting men and women were sent on a mission in 1999 to bomb Serbs, he didn’t shy away from exclaiming, “I love the Serbs!” 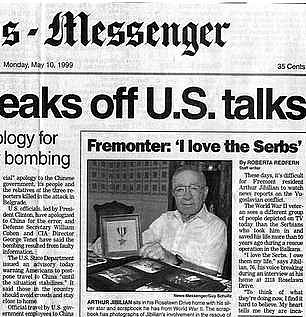